It started in high school—I’d open a blank A5 exercise book and write words down.

There weren’t many words. If I was lucky, I’d fill 10 pages, maybe 20. Then I’d read my dreadful ramblings, shake my head at my fanciful imagination, and tear the pages out. I’d repeat the process a while later with the beginnings of yet another story.

Eventually I lay that dream aside.

Adulthood crept up, and I turned to another form of writing—computer code. This kept me occupied over the next four decades, with mainframe coding turning to website development.

And then, in March 2015, I took up the pen again—no, that is not strictly correct—I opened a Word document on my computer, put fingers to the keyboard and started writing.

For over a year, I held this dream close to my heart.

I didn’t write a lot, as I had my day-job, and there is only so much you can get away with before people start asking what you’re doing. You see, the fear of failure, ridicule even, had a grip on me and this proved a powerful stumbling block—who was I, a woman in my early fifties, to have the audacity to even dream of becoming a novelist. 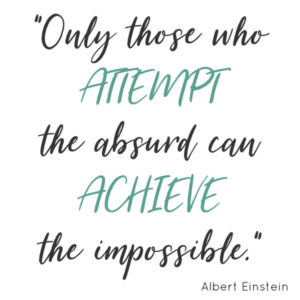 But I persevered with this dream and I found I loved it. The words flowed, the scenes developed and it was pure magic.

By this stage, I could no longer keep it to myself and I needed to confess my ‘double life’. But how? Because, by admitting it, it would become a reality, and then…failure/ridicule would/could set in.

So I fretted for weeks, and on the morning before my 33rd wedding anniversary, over breakfast, my husband told me of the dream he had during the night.

He’d dreamt I was pregnant. So I told him about my ‘baby’.

Six months later, May 2017, two-and-a-bit years after ‘picking up the pen’, I completed the first draft of my first novel.

What an awesome feeling. It was liberating.

By October 2017, the second draft of my first book was done, and I bravely gave it to three people to read. I got great reviews, but then, the trio comprised of my sisters and daughter. Maybe a bit of biased opinion there…

By the end of July 2018, my first book will be on its way to a professional for a manuscript assessment.

I can now call myself a writer. An author.

Will I become a published author?

I can only dream.